The Homeworld is the home planet for the Race. Located in the Core Systems of the Southern Galactic Quadrant, the Homeworld was nearly destroyed during the War.

The Homeworld is the third planet of the Sol Star System, orbiting the Class 2 star Sol-1. The Sol star system consists of eight planets divided evenly by an asteroid field which separates the inner and outer planets. Inner star system planets are small and rocky while the outer four planets are gas giants. The system contains a number of smaller moons.

The Homeworld consists of three major continents, the largest of which (the Western Continent) contains most of the major cities as well as the planetary capitol of Capitol City. Additional surface features include:

Main Article: Chronology of the Homeworld

The Homeworld itself was formed some three and a half billion years with the first native life appearing a billion years afterwards. The first evidence of intelligent life begins with early stone carvings of the Race dating to six thousand years before the Standard Era. The lack of any earlier fossil or historical records has led scientists to believe that the Race was "seeded" on the Homeworld by an unknown entity or force.

The earliest form of government on the Homeworld was a tribal confederation located in Gefla Desert, named for the chief of the tribes Gefla who lived four and a half thousand years ago. The Homeworld entered a bronze and iron age between two to three thousand years ago, followed by a Middle Age which is regarded as the beginning of the Pre-Standard Era.

After a period of scientific enlightenment, the Homeworld advanced rapidly in technology. The first manned space flights occurred one thousand years ago followed by the invention of warp drive approximately four hundred and fifty years later.

The last great war fought between the inhabitants of the Homeworld was the Homeworld Civil War, after which a Treaty of Unity established the First World Confederation. The Charter of Unification then solidified a planetary government and brought about the beginning of the Standard Age.

In the past one hundred years, the Homeworld has suffered wars with two alien species. The first, known as the Great Conflict, occurred between Seasons 41 and 45 when extra-dimensional beings known as the Ger-Jap attempted to obliterate the Homeworld. The War with the Husnock followed fifty years later, leading to massive destruction and the death of over one billion people.

The alliance with the Husnock in Season 106 brought about a new era of peace and prosperity which those Homeworld remain hopeful will endure.

The Homeworld is governed by a representative democracy comprising an elected legislative body known as the Forum. The Chairman of the Forum serves as the head of the legislature as well as Chief Executive of the government.

Internal planetary security is provided by small local military forces, a carry over from the older nation states which existed prior to the Treaty of Unity. The armed forces of the Homeworld were once divided into an Army and Navy, but today are consolidated into a single Service.

The Homeworld also maintains a legal system of lower and higher courts. The Supreme Court of the Homeworld is the highest legal body and serves to ensure that all legislation of the Forum is in accordance with the Charter of Unification. 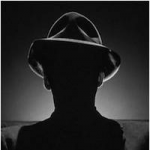